A night at Melrose

Today’s entry is another one from our 2010 world cup trip to South Africa. On this day (a year ago exactly) we were heading to Melrose Arch in downtown Johannesburg to watch the last 2 matches of that day: Spain vs Switzerland and South Africa vs Uruguay. While making our way to the square I saw this guy with a headset conducting an interview and I was thinking to myself I know him from somewhere and then it dawned on me, its Guillem Balague, my favorite Spanish football reporter who has his own football/soccer blog. He’s a regular on the skysports show, Revista La Liga, which I watch religiously. It was definitely nice of him to take the time out to take this pics with me specially considering that he was in the middle of a broadcast. We were having a hard time getting the camera to work and that was me saying whats going on? Lets take the picture! Anyway Thanks Guillem, that was really nice of you.

With regards to the games, Switzerland shocked Spain 1-0 that day and Uruguay destroyed South Africa 3-0 so all in all it wasn’t a festive night at Melrose Arch but the overall atmosphere managed to say somehow festive. Had South Africa won I think the place would have gone bananas!

Here are some more pics from that night, not the greatest but the idea is to capture the mood: 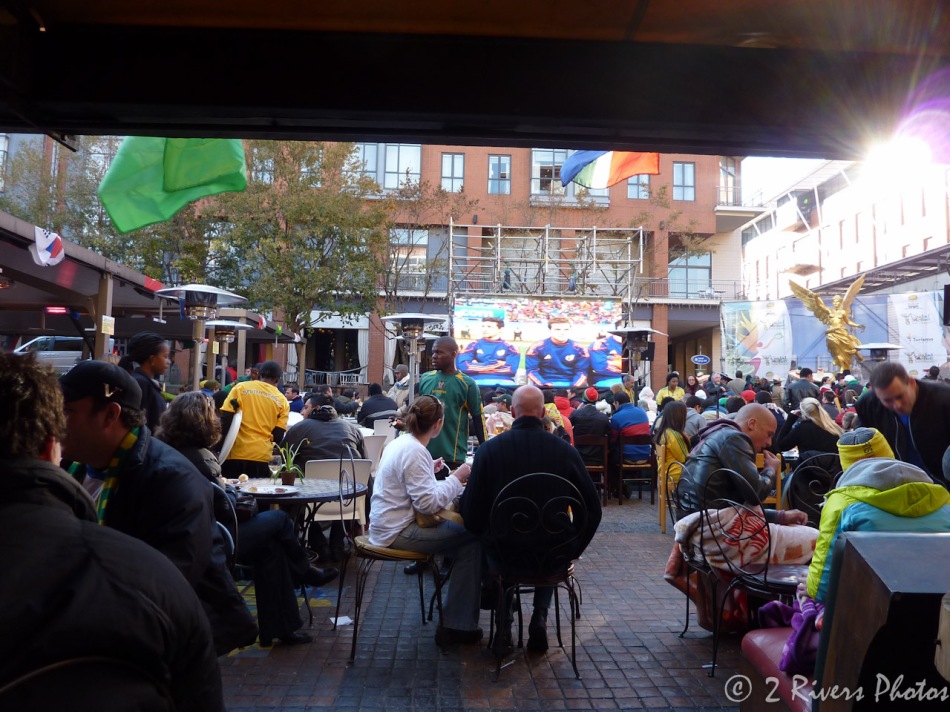 Melrose Square from our table

This entry was posted on June 16, 2011 by Bashar A.. It was filed under South Africa, Travel, World Cup and was tagged with Guillem Balague, Johannesburg, Melrose Arch, South Africa, World Cup.