The moon & the stars are out 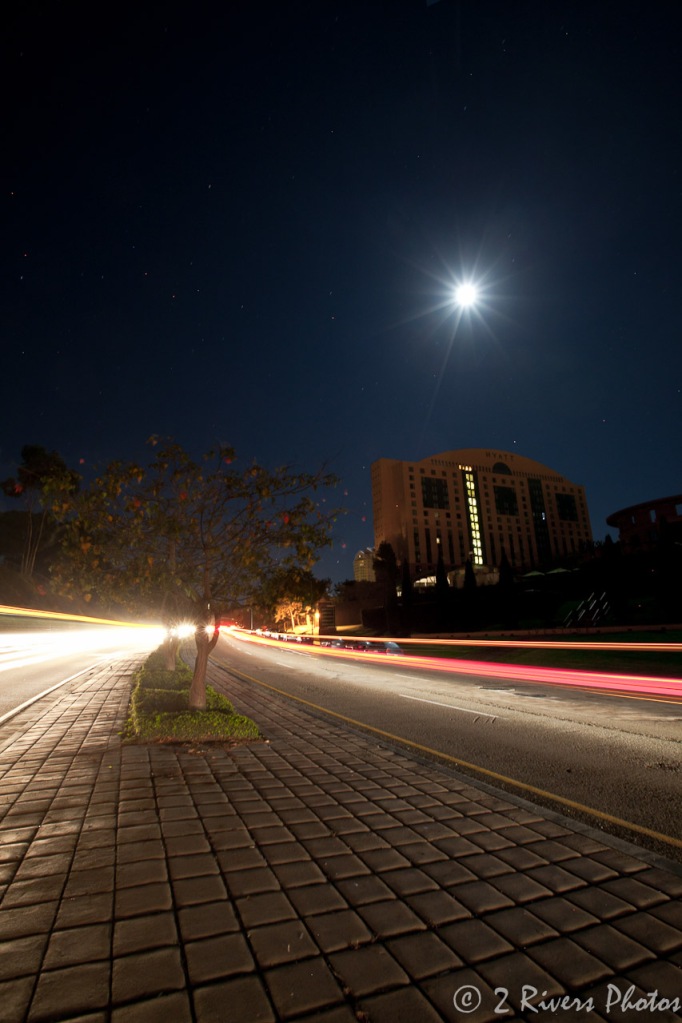 This is from the night of the power outage in Southern California, known as powergeddon. As you can see the Hyatt had some emergency power to their facility as that was the only place that had electricity that night, besides the Medical center which is very understandable and expected 🙂 Its interesting to note that you can do the sunburst effect with the moon also, one thing that a lot of beginners confuse about the moon is exposure. The moon is lit by the sun and it appears as if its own light source and you need to treat it as such, many beginners try a long exposure technique with the moon and they’ll just end up with a blown disc that lacks any details!