Field Level access at the Rogers Center to a Blue Jays game. This was Blue Jays vs the Oakland Athletics which they went on to lose the game; I’m not a baseball expert but apparently the Jays are making some major moves in the off-season.

Eyes on the mound

This in an image from my recent trip to Toronto, we went to a Blue Jays game against the Oakland Athletics. At one point while everyone was looking at the mound waiting for the pitcher to throw the ball I was thinking what a great photo opportunity this is 🙂

A picture of the train tracks that lead to Union Station, Toronto’s main train station located in the heart of downtown. This is where the western trains meet at; you get to really appreciate the volume of people that move in and out of the city during rush hour (I used to take these tracks when I was going to university). However, I took this image on the day that we went to the Blue Jays game back in July.

This is a view of Toronto from one of my best friend’s balcony. He just recently moved out of that apartment and I thought I’d post this image that I took from one of my last visits to his place. It was a great view specially with how dynamic the weather is in Toronto, in this occasion it was a break in the clouds from what later became heavy Thunderstorms.

This is an image that I took prior to the first pitch being thrown between the Toronto Blue Jays and Oakland Athletics back in July of this year when I was in Toronto visiting. Luckily the weather was quite hot that day and the roof was open, which gave for a great backdrop for the image here 🙂 Sadly though, the Blue Jays lost that day 7-2 (July 24) and the following day was the worst loss in their franchise history: 16-0 also to the Athletics.

Driving to the city

Another image of Downtown Toronto but this time it was out of a 2 door car with me in the backseat and using that really small window, it didn’t turn out too bad except for that car driving by on the highway! Here is a video END_OF_DOCUMENT_TOKEN_TO_BE_REPLACED 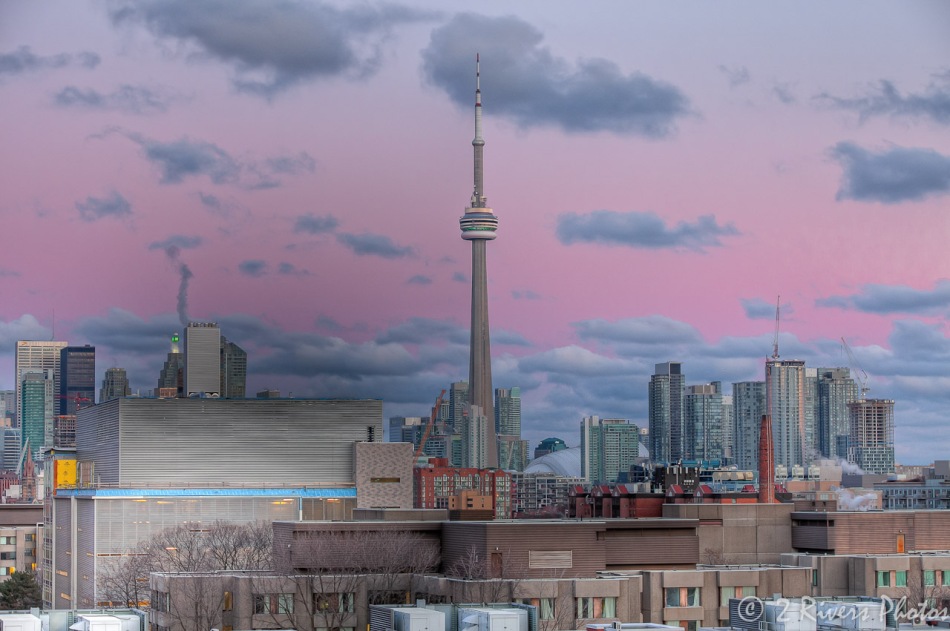 Some cities are known for their landmarks and Toronto’s most famous would have to be the CN Tower, Skydome (now known as the Rogers Center!) combination.  On my most recent trip to Toronto, I went to a friend’s house and he had this amazing view of the downtown core so I couldn’t resist but take a few pics from his balcony, this is one of a few that I hope to post over the next couple of days.